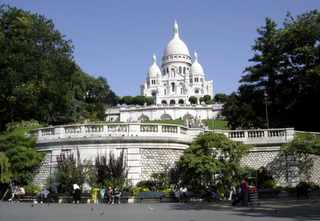 Square Willette is a garden of 23,700 square meters set on the south-east slope of Butte Montmartre. It was created by Alphand in 1880.

Jean Charles Adolphe Alphand was the Director of Public Ways and Promenades of Paris under Napoleon III.

He was the principal engineer for other parks built at this time such as Parc Montsouris, Parc Monceau and Parc des Buttes Chaumont.

A series of landslides on the slope and the presence of old gypsum quarries slowed the construction of the Square which was finished by architect Camille Formigé in 1899. 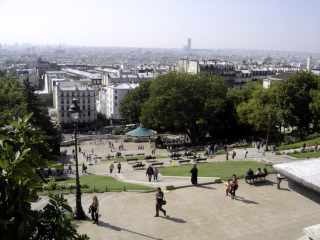 The Square is named in honor of Adolphe Willette (1857-1926), an artist who lived in Montmartre and who illustrated the pages of such magazines as "Le Chat Noir", "Le Pied de Nez", and "Le Courrier Français". He was most recognized for his drawings of Pierrot and Colombine. 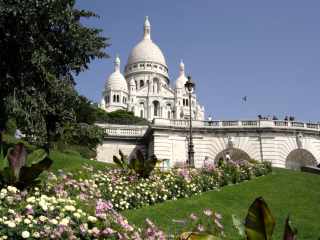 The name of the Square has been changed to Square Louis Michel, though, it is still known by its original name. Louise Michel (1830-1905) was a grade school teacher and a heroine of the Commune of Paris. 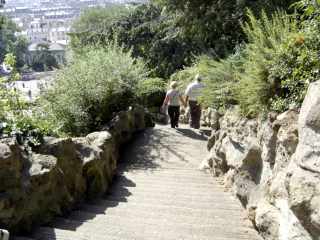 There are also two Osage orange trees of 17 meters in height, planted in 1922. The name of these trees comes from the Native American tribe of Missouri who would paint their faces from the extract of the fruit and of the bark. 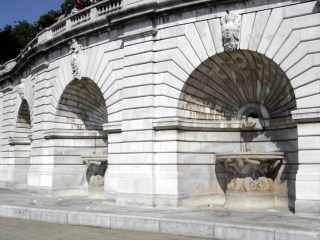 A monumental fountain created by Paul Gasq in 1932 is dedicated to the Ocean Gods.

The Square is situated on the upper slope of Butte Montmartre. This location, plus the abundant plant-life growing here, effectively separates the park from the throngs of people in the streets below. 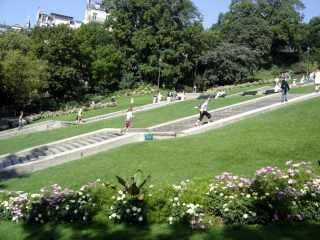 Not that Square Willette is without people. This park is the main access to the Basillica of Sacre Coeur which sits directly above the Square and it is a very popular park. 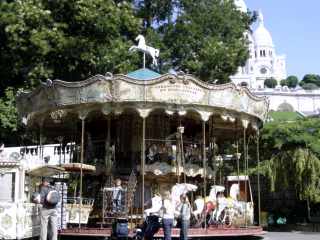 There is a carousel and a playground for children here.

The stone used for the fountains and the stairs, as well as for the basilica Sacre Coeur, releases calcium when rained on, a white substance, which resists pollution and gives the everlasting white appearance.

At the beginning of the 19th century, zoologist Georges Cuvier discovered fossils of more than 43 million years old encrusted in fragments of gypsum. This discovery on Butte Montmartre resulted in the creation of paleontology in 1834. 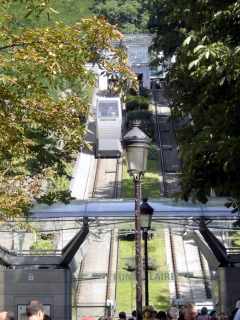 A short tramway, called the funiculaire, is available for the price of one metro ticket. It is an alternative access to Sacre Coeur for those not wishing to climb the stairs through Square Willette. 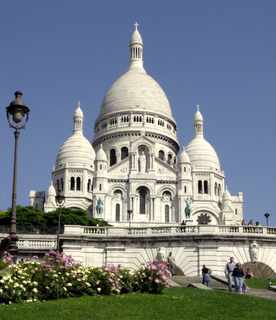 Return to Top of Square Willette