Arena of Lutece
A Glimpse into Paris' Roman Past 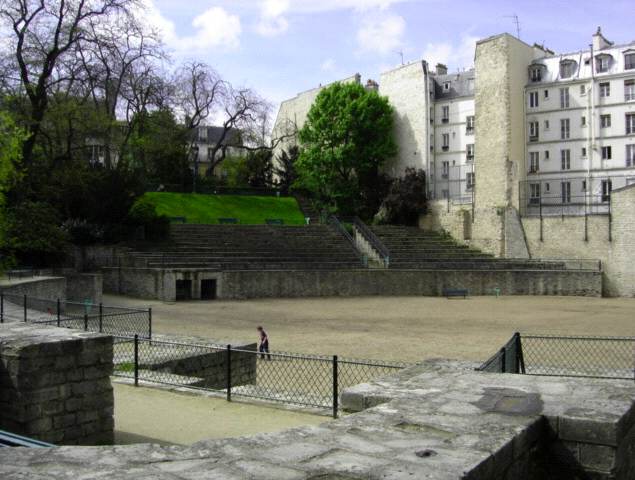 The Arena of Lutece, other than the Thermes de Cluny and the foundation stones in the Crypt of Notre Dame, is the only remaining structure from the Roman period. It has the distinction of being the oldest monument of Paris. The Obelisk of Luxor on the Place de la Concorde is the oldest monument in Paris.

Built near the end of the 1st century, the Arena (Lutece is the Roman name of the city) provided a venue for both theater and sports.

The Arena, along with the Thermal Baths of Cluny, constituted the cultural heart of Roman Paris.

The Arena fell into disuse and over the centuries was filled in, buried in some places to a depth of 60 feet and eventually houses were built over the area.

During the reign of Napoleon III and the urban renewal of Paris by chief city planner George Eugene Haussmann, the Arena was rediscovered and has since been restored.

Though parts of it have been permanently lost or destroyed over the centuries and during its restoration, what remains is a truly magnificent example of Paris' Roman past.

A superb park, the Arena is a very popular gathering place and outing spot for the local schools. It offers an engaging setting for students to learn something of the Roman past of Paris.

It isn't difficult to imagine the events that were held in this arena, from the track and field events to the gladiator fights.

Today, the field itself is an open space for wandering and for practicing with a soccer ball.

The Louvre has an exhaustive collection of Roman Antiquities, which help place the Arena of Lutece historically.

The field is ringed with stone seating and stairways that lead to the surrounding gardens of both the Arena and the Square Rene Capitan which borders it. Square Rene Capitan is reached by an imposing stone staircase. It has a beautiful flowerbed stretching the entire length of the Square and a playground that is a favorite of the little ones and their parents who live in this picturesque neighborhood. 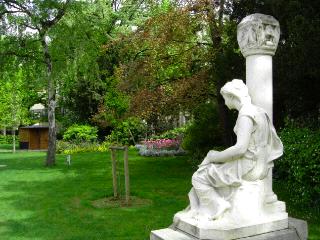 Return to Top of Arena of Lutece