Zadkine Museum
Home and Studio of the Artist 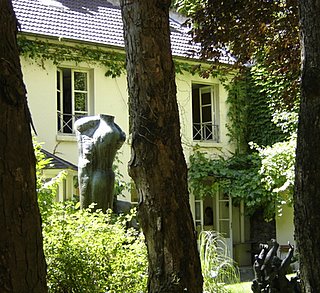 Ossip Zadkine, a Russian-born artist who emigrated to Paris in 1908, lived and worked here from 1928 until his death in 1967. His wife, Valentine Prax, who was herself a painter, continued to live here until she died in 1981. At that time, the house and the works were donated to the City of Paris.

The Zadkine Museum, the Musee Zadkine, opened a year later in 1982. Exhibited here are most of Zadkine's works of Cubism and Abstraction.

Ossid Zadkine was one of the major figures in the Ecole de Paris, the School of Paris, which is a general name for artists who migrated to Paris in the early 20th century.

The works in this museum depict his different periods and the different phases of material that he employed, showing the constant evolution of his art, from his first stone and his wood sculptures to his bronzes. His influence from primitive art are recognizable during his early years. 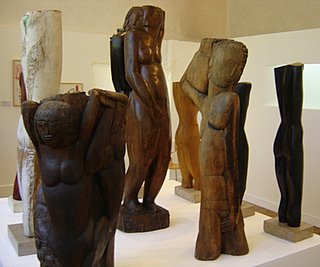 Zadkine actually went through periods of working with several different materials including marble, stone, terra cotta and bronze. His wood works included such materials as elm, walnut, cedar, acacia, pear and ebony. He was especially interested in carving in wood. One of his works "Promethée" is carved into a nine-foot tall tree trunk. 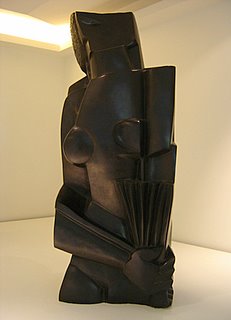 Probably his most famous Cubist work is the, "Femme a l'Eventail" (Woman and Fan) in bronze, created in 1923. Or, "La Belle Servante" (The Beautiful Servant), in stone, 1926. 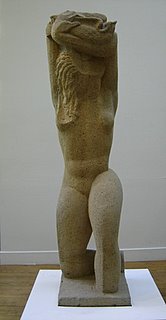 Many of his larger works are displayed in the quiet and lovely garden of the house. There are also smaller works amongst the flowers and shrubs of the garden. 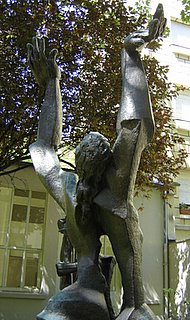 In 1995, the artist's workshop was opened, used for contemporary art exhibits three to four times per year. It is now undergoing renovations (July, 2008).

There are over 400 works of art in the collection including sculptures, paintings and drawings. Only a select few are on display at any one time. A few of his works are in the permanent exhibit of the Museum of Modern Art of the City of Paris. The larger outdoor sculptures in the Garden are on permanent display.

The house is located at the end of a very small and narrow street leading directly to the house where the street ends. It is a very quiet, tucked away residence. The property is enclosed by the garden walls which only the trees and ivy look over. 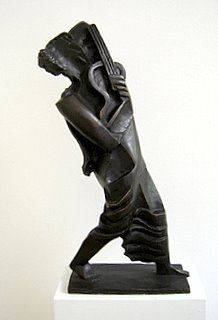 In a letter to a friend, Ossip Zadkine wrote, "Come see my 'folie' (madness) on rue d'Assas and you will understand how a man may be changed because of a pigeon coop or because of a tree."

The collection includes one of the first known works of Zadkine, "Tete Héroïque" (Heroic Head), in granite.

It is closed on Monday and holidays.

Admission is free to the permanent exhibit.

A small book store is located at the entrance to the Zadkine Museum. 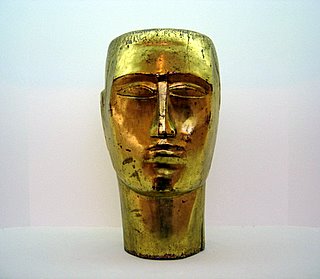 Return to Top of Zadkine Museum