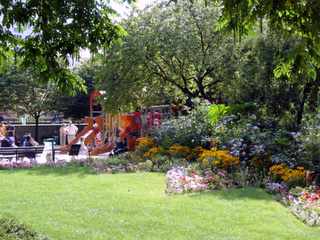 The Square Leon Serpollet is named in honor of the inventor of the steam-car, Léon Serpollet (1858-1907). The park is situated on the site of Serpollet's old workshop.

It was here, on rue Cloÿs, that Leon Serpollet designed the steam powered generator system. It was first used to propel tricycles built by Armand Peugeot and the streets of Montmartrewere the testing grounds.

The tricycles developed into cars and on April 13, 1902, Leon Serpollet, in his Serpollet Steamer, broke the land speed record, formerly held by Belgian Camille Jenatzy who drove an electric car.

The Serpollet Steamer recorded a speed of 75 mph, 121 km/h, also in Nice. This ended the electric car's dominance of the land speed record. 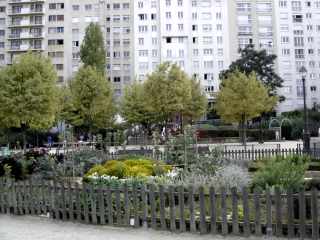 The Square Léon Serpollet is a neighborhood park. It was developed between 1981-1991. There are several levels and sections to this park. It is laid out in a series of wide terraces which are divided by a variety of ways; by elevations, by groupings of trees and hedges and by different styles of gardens. 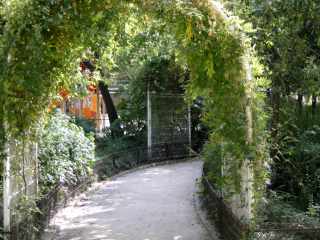 A variety of trees are found here: flowering cherry trees, Virginia tulip trees and Serbian elms to name a few. There are aquatic plants and a garden of iris, lavenders and yuccas, a heather garden and an embankment of forest plants.

There is an herb and vegetable garden in the park. 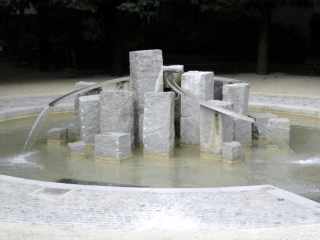 Square Leon Serpollet has a fountain which is fed by a cascading canal. 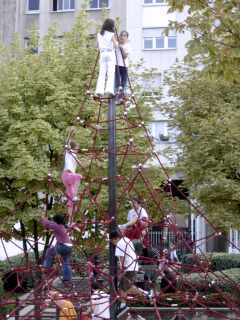 A large children's playground is a favorite and popular place for children and their parents. In the shade, surrounding the playground, are the grand-parents, looking on. 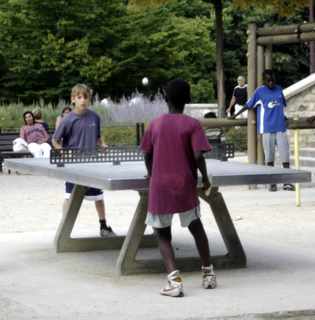 One section of an upper terrace is a secluded, forested area, generally used as a reading area. The sound of the water fountain below this terrace provides a soothing atmosphere.