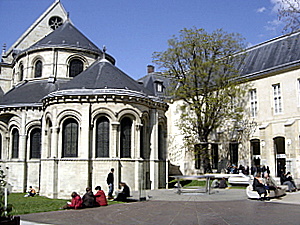 The Musee des Arts et Metiers presents the fascinating history of the tools and machineries developed by scientists and engineers dating from the 1500s to the present.

In 1794, Abbot Henri Gregoire founded the Conservatoire des Arts et Metiers, designed to be a collection of machines, tools and models created in the fields of technology and science.

The Conservatory, established in 1802 and located in the old priory of Saint Martin des Champs, was also an institution of education and the fore-runner of the Musee des Arts et Metiers.

The Benedictine priory and church of Saint Martin des Champs was built in the mid-11th century, the first Gothic structure to be built in Paris. However, this was destroyed and replaced with the church that stands there now, built in the 13th century. 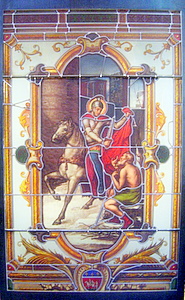 Improvements on it continued through the years; Henri III constructed the large portal on rue St. Martin; in 1626, Mansart built the high altar in the apse; a cloister was completed in 1720.

During the French Revolution the priory was pillaged and the monks executed leaving it deserted until the Conservatory occupied it in 1802.

During renovations in 1993, archaeological discoveries confirmed the existence of a Merovingian necropolis located beneath the nave of the medieval church, dating from the 6th-7th centuries. Over 100 plaster coffins were found. 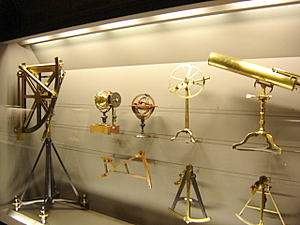 The museum begins with Scientific Instruments, exhibiting tools of astronomy used for determining the place of the sun in the zodiac, weights and measures such as Charlemagne's Pile, the royal standard of weight at the end of the 15th century and Pascal's calculators, designed by Blaise Pascal when he was 19 years old. 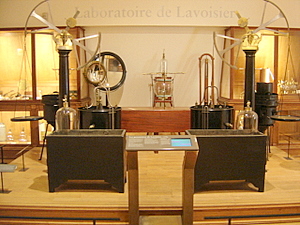 The equipment of Antoine Lavoisier's laboratory from the mid-1700s is exhibited. Lavoisier is regarded as the father of modern chemistry.

The equipment used by Foucault for determining the speed of light is displayed, which he measured while working at the Observatory of Paris in 1862. Numerous other exhibits chronicle scientific development up to the 1990s and robotic technology. 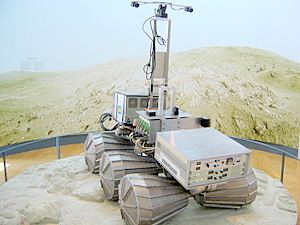 In the Materials department we discover the creation of glass, brick and fabrics, including the development of looms and the factories which produce the vast quantities of the materials used today. 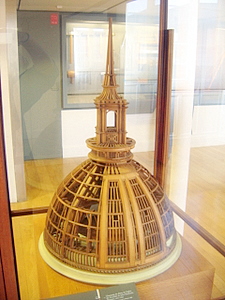 In the Construction section of the museum one can see the model used in 1690 for constructing Jules Mansart's Eglise du Dome at the Hôtel les Invalides.

Also exhibited is the model for constructing the dome of what was the Wheat Market of 1809, now the Bourse, the building for the Paris stock market, located adjacent to the Garden of Les Halles. This dome, built in 1763, was one of the first metal structures to be constructed in France. 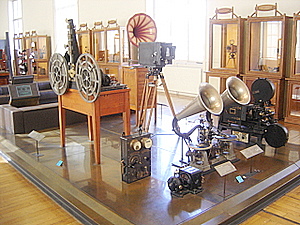 In the Communication department are exhibited printing presses, typewriters, telephone equipment from the early 1900s, telegraph systems from 1860, radio development from 1924 onward, the history of cameras, phonographs, recording instruments for producing sound for cinema and satellites, with a model of the Telstar which enabled the first live trans-Atlantic television transmission in 1962 from New York to England. 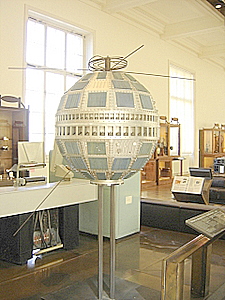 The Energy department displays the history of the machinery used for harnessing every form of energy including steam, wind, electrical, atomic and solar. 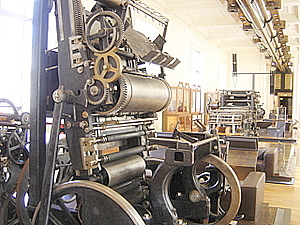 The Mechanics department of the Musee des Arts et Metiers is impressive with its collection of the development of mechanical machinery. Here are several "hands-on" exhibits where one can operate pulleys and pumps and gears. 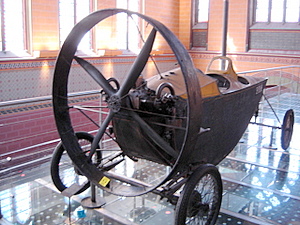 The Transportation department shows everything from the bicycle to rocket ships. This is the final department visited in the museum and an impressive section of it is located in the chapel of the old church. 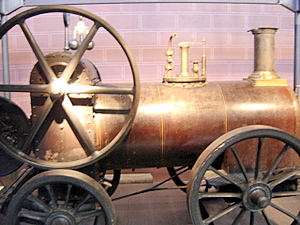 Here we find the first "horseless carriages", steam powered trains, propeller driven racing cars, modern cars cut in half and complete airplanes which are suspended overhead, dramatically contrasting with the ceiling of this medieval church. 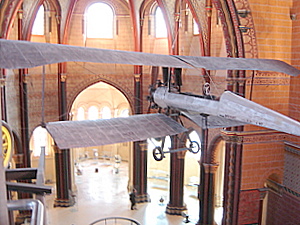 Also found in this part of the museum is an in-motion Foucault Pendulum. This 156 year old demonstration continues to fascinate and prove the measurable reality of Earth's rotation. The actual orb used by Foucault on February 3, 1851, at the Paris Observatory, his first public demonstration of his pendulum, is exhibited here and protected within a glass case.

Throughout the Musee des Arts et Metiers are audio-consoles with recordings describing the life, studies, experiments, speeches or excerpts from written works of the scientists and inventors. Most of the exhibits are equipped with a visual monitor showing how the instrument displayed operates.

The Musee des Arts et Metiers is a fascinating and educational visit through time. Guided and audio tours are available.

It is closed on Monday and on French holidays.