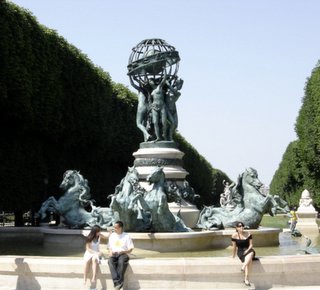 Go Here for Hotels in this Area

The Garden Marco Polo occupies the southern half of the Avenue de l'Observatoire, from Boulevard Montparnasse to Rue Michelet, covering just under 3 acres, or just over 1 hectare.

The Jardin Robert Cavelier de la Salle is slightly larger and occupies the northern portion from Rue Michelet to the Luxembourg Garden. Both parks were created in 1867.

The Garden Marco Polo is named to honor Marco Polo (1254-1324), known as one of the great explorer's of the world.

The area of the Garden Marco Polo and the Garden Robert Cavelier de la Salle was previously occupied by the southern portion of the Castle Vauvert, built by King Robert le Pieux, son of Hugues Capet.

The Château Vauvert was given to the monks of Chartre in 1257 and became a monastery. However, in 1790, during the Revolution, the monks were driven out and the castle was destroyed.

In 1796, the Luxembourg Gardens took some of this vacated land while the rest was later developed into the Avenue de l'Observatoire. The width of this avenue was doubled in 1840 to its present width of 100 meters.

In 1867, the two gardens, the Garden Marco Polo and the Garden Robert Cavelier de la Salle, were created by architect Chalgrin between the Garden of the Luxembourg and the Observatory of Paris. 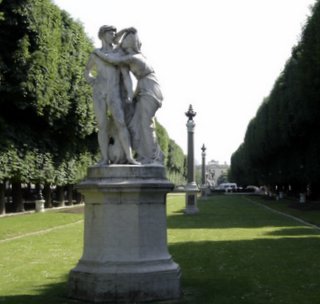 Each of these gardens have lawns and are planted with four rows of chestnut trees which are sharply trimmed in the classic French-style providing shaded walkways.

Both gardens are also planted with flower beds that surround several statues by the most famous sculptors of the Second Empire. 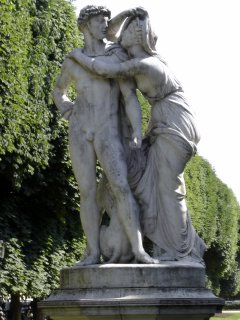 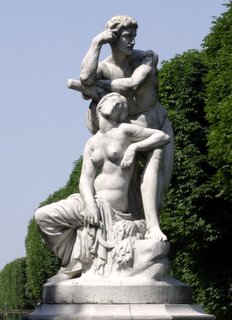 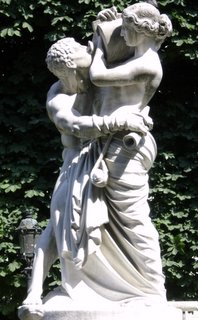 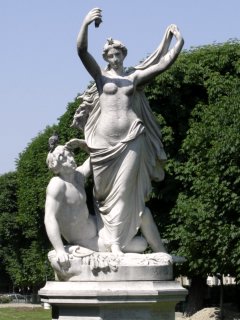 At the southern end of the Garden Marco Polo, near the Place Camille-Jullian, sits the celebrated Fontaine des Quatre Parties du Monde, Fountain of the Four Parts of the World. It was designed and supervised by Gabriel Davioud and it was created during 1867-1874. 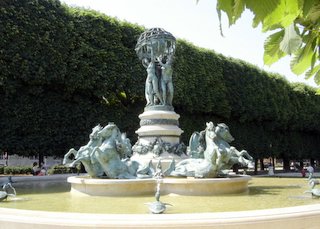 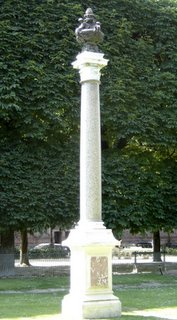 It also has the figures of eight dolphins, horses and tortoises made by Emmanuel Frémiet. The garlands surrounding the pedestal were done by Luis Vuillemot. The sphere was created by Pierre Legrain. The sculpture was foundried by Matifat in 1873 and it was constructed in 1874.

Interspersed between the sculptures are free-standing columns. These offer a beautiful classic simplicity and perspective to the Gardens.

Amongst the double rows of chestnut trees are many benches for resting and enjoying the shade. Both Gardens have children's playgrounds and several ping-pong tables.

The Garden Marco Polo and the Garden Robert Cavelier de la Salle open from 8 a.m. Monday-Friday and 9 a.m. Saturday and Sunday, closing at 6 p.m. in the winter and 9 p.m. in the summer.