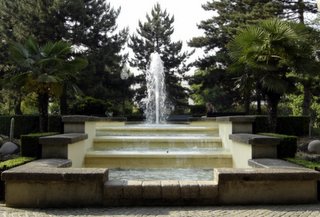 The Square de la Petite Roquette, which can be translated as Square of the Little Rocket, not only has an unusual name, it has one of the more unusual histories.

The origin of the name is not clear. It could come from "petite roche", small rock, in that the Square is situated on top of a very small butte. Or, the name could have originated from the flower Eruca Sativa, locally called "roquette", that grew abundantly on this very small butte.

Most likely, the name came from the neighboring property owned by the family Rocquet de la Tribouille. The two properties were bought and joined by by Henri III who then gave it to Comte de Cheverny.

Before that happened, in 1545, the property on which Square de la Petite Roquette now sits was owned by Germain Teste, the tax collector of Paris. He had a country home built there that was visited several times by Kings Henri III and IV. During the following thirty years the property was sold and resold several times before finally becoming the property of Comte de Cheverny.

In 1690, it was acquired by the Sisters of the Hospital of Notre Dame and was converted into a convent and a convalescent home until 1789. In 1790, it was taken over by the Assembly.

During 1825-1836, a prison was built here by architect Hippolyte Lebas, who was also the architect for the church of Notre Dame de Lorette which was being built at the same time. The prison had the look of a grim fortified castle. 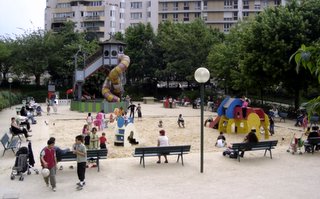 It was intended to be a prison for women. It actually was a prison for "jeunes detenus", young prisoners, from ages 6-20 years old. The prison was visited by the Empress Eugénie on June 19, 1865.

It became a prison for women in 1932 and was until 1973. The prison was demolished in 1974 at which time the Square de la Petite Roquette was built. 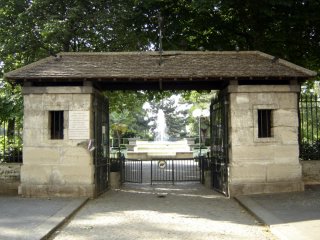 What was kept from the prison building was the front gate with its guardhouse windows which now serves as the main entrance to the Square on Rue de la Roquette. 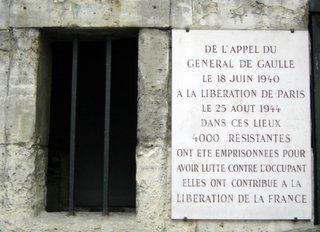 A commemorative plaque is placed here that honors the 4,000 women of the Resistance who were imprisoned here during the German Occupation of Paris.

Across the street of Rue La Roquette was built La Grande Roquette in 1837, designed by architect François Chrétien Gau. It was a prison for men and one of the largest prisons in Paris. This prison incarcerated those with life sentences and those condemned to death.

On the days of executions, a guillotine was erected in the street and over 200 public executions were carried out between 1851-1899. The prison was closed and demolished in 1900.

Here, where Rue de la Croix Faubin meets Rue de la Roquette, embedded in the street, are the five stones on which the guillotine was erected and made level. 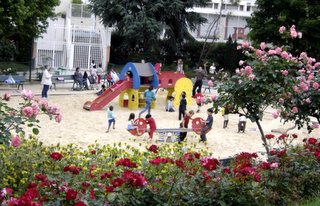 Square de la Petite Roquette covers 2,000 square meters of land and it's really a nice park. It has a lovely fountain at the entrance and a cactus garden, which is unusual for this latitude.

There are walking paths that wind up and down this butte crossing through lovely lawns and an abundance of flowers, trees, rose bushes and many other kinds of bushes. There are many benches under the shade as well as in the sun. 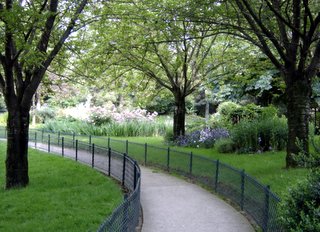 Square de la Petite Roquette is a most accessible park for those in wheel-chairs or with baby-strollers. There are ramps throughout the park. 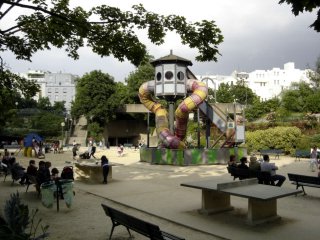 There is a large children's playground, ping-pong tables, an area for pétanqu, boules and a basketball court. There is also a smaller children's area with a good-sized sandbox on the opposite end of the park from the playground.