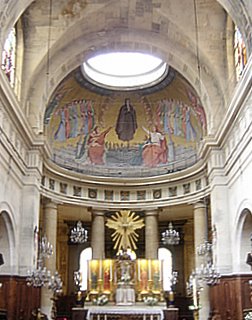 Sainte Elisabeth de Hongrie Church was part of a former convent of the Franciscan Order.

The facade is classic in design, incorporating both Doric and Ionic elements.

The queen of Henri IV, Marie de Medici, laid the first building stone of this church on April 14, 1628.

It was constructed by architect Paul de Gonde, the future Cardinal of Retz and then the co-Adjuster of the Paris Archbishop. 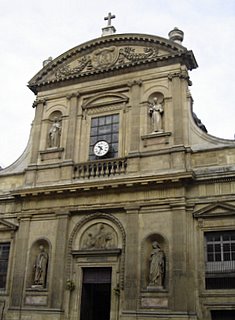 The church was consecrated exactly 18 years later, April 14, 1646 and dedicated to Saint Elisabeth of Hungary.

During the Revolution the Sainte Elisabeth de Hongrie Church became a warehouse for animal feed and then given to the Cult of the Concordant. It was returned as a church in 1829.

During the reconstruction of the City under Napoleon III, the church lost its Chapel of the Virgin to make room for rue Turbigo.

In the choir is a panel of wood sculptures from the 15th century. 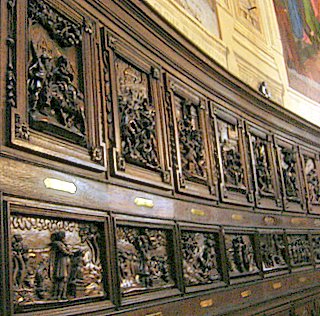 In the Sacristy is a collection of miniature paintings and holy ornaments from the Middle Ages.