Paris Prehistory
New Discoveries of a Prehistoric Past 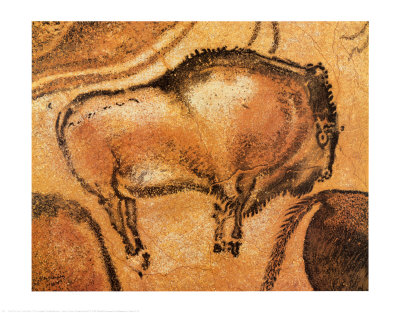 With the great urban renewal of the 19th century, when Napoleon III enlisted Baron Georges Eugene Haussmann in the renovation of Paris, there came to light not only the vestiges of the old Roman city of Lutèce but also discoveries that pushed the dating of the human occupation of this area of the Seine back far into the forgotten past.

Among the remarkable engineers that Baron Hausmann had on his staff was the man who was to renovate the water works and sewers of Paris, Eugene Belgrand.

Eugene Belgrand also had a passion for archeology. The reconstruction that was being done in Paris allowed him to indulge in this passion while carrying on his task of renewing the water system of Paris.

In the Musée Carnavalet is a wonderful display of the discoveries into Paris Prehistory by Belgrand and two other engineers and archeologists of the time, Theo Vanquier and Charles Sellier.

Their discoveries began a period of intense archeological interest in the Paris Basin area which has found human remains along the Seine dating back to the Paleolithic period, some 500,000 years ago.

This evidence shows that of nomadic peoples who followed the herds of reindeer and mammoth.

The earliest burial sites along the Seine in the vicinity of modern day Paris dates to 200,000 BCE.

In 1990, during an urban renewal program along the banks of the Seine near Bercy, crews unearthed three 6,000 year old canoes, each carved from a single oak tree.

The site is the most spectacular of its kind ever found in Paris and shows that the city is much older than had been thought.

The Neolithic period, characterised by polished stone tools, pottery and agriculture, ranges from 8000 BC to 3500 BC.

Among the objects unearthed were a polished axe, a wooden bow and a fish hook, as well as beaver, turtle and wolf remains.

This suggests that the earliest city dwellers were concerned primarily with their own survival, hunting and fishing for food.

Perfectly preserved fragments of ceramic bowls and cups - some only the size of a fingernail - a flint and a millstone were also found, and are among the earliest signs of human's increasing ability to craft objects for daily use.

About 50 000 objects, including 11 canoes, were found. One boat was inadvertently split in half by a bulldozer working on the site.

The canoes were found about 8 meters underground, perfectly preserved by the humidity in the soil.

Other finds from the site include a double tomb containing the skeletons of two children, aged nine and five, curled in the fetal position.

There have been finds of bronze tools from the Bronze and Iron ages, and a boat from 4000 BCE was uncovered.