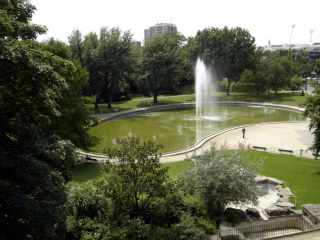 Parc Kellerman covers 5.6 hectares and was designed by Jacques Greber in 1937.

The park is named in honor of François Christophe Kellermann (1735-1820), the Duke of Valmy and named Marshal of France in 1804.

He served in the French Army for more than fifty years.

The park is built on the site of the old Fortifications of Thiers, a wall of nearly 33 kilometers which at one time encircled Paris. The Thiers Fortifications were built as a defensive wall and as such was the last wall erected around Paris. It was built from 1841 to 1844. The wall was dismantled after World War 1 and eventually replaced with the Periphique, the road around Paris. 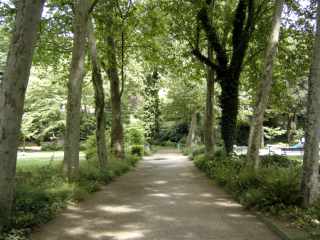 Parc Kellermann is composed of three levels connected with stairways. The terraced park is built on the slope of the riverbanks of the Bievre riviere, the Beaver river. This river has several channels and runs 40 kilometers east from the Seine river and is a tributary of the Seine. 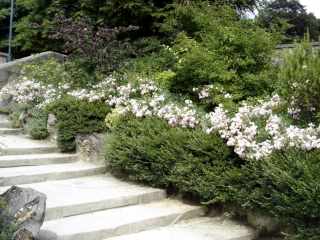 Due to its becoming polluted over 500 years of use by the city it was covered over between 1850-1950 and became part of the sewer system. 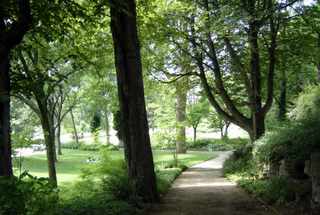 It has been claimed that it was along this creek, not the Seine river, where the first settlements were built as early as the 3rd century BCE. The Gaulois are said to have settled here long before the Parisii tribe occupied the Ile de la Cite.

There are several organizations attempting to re-vitalize and re-claim this river and the Mayor of Paris has supported the efforts. 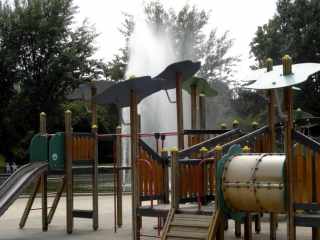 This park has a fountain and a large pond, children's playgrounds, a football field and tennis courts. It also has a apiary, a bee-hive, of six colonies, two of which are in transparent hives making the activities of the bees available for viewing. It was founded in 1988 and maintained by the non-profit group called L'Abeille Parisienne, The Paris Bee.