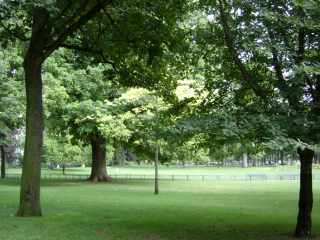 The Parc du Ranelagh, the Park of Ranelagh, started out as the lawn of the Chateau de la Muette.

Chateau de la Muette was first a pavilion used by Charles IX as a meeting place for the hunters who went into the Bois de Boulogne in search of stags and falcons.

The pavilion was transformed into a château for Queen Margot. Louis XIII inherited it from her and came here to shoot the blackbirds that lived in the area.

The Chateau de la Muette had also been used as a clandestine retreat for the love affairs of the duchess of Berry and of Louis XV. Afterwards, King Louis XVI and Marie-Antoinette were said to have spent their happiest days in this château.

The Chateau de la Muette was destroyed following World War I. However, a replica was completed in 1922 some distance away from the original by Baron Henri de Rothschild which is now the home of the Organization for Economic Co-operation and Development.

The Parc du Ranelagh is a triangular shaped park covering 60,500 square meters. It opened to the public in 1860. The name "Ranelagh" comes from the name of a dance hall built in the area by Morisan in 1774. This dance establishment was even visited by Marie-Antoinette. It was called "le Petit Ranelagh", Ranelagh being the name of an Irish lord who had created a similar establishment in London. 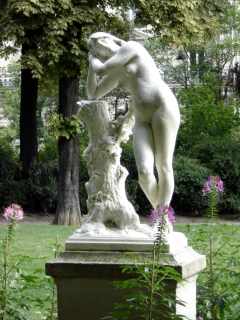 The Parc du Ranelagh is a wide expanse of lawns shaded by hundreds of trees common to Paris such as ash, chestnut and beech. There are also many exotic varieties: fevier from Canada, micocoulier from Provence, pterocarya from Caucase, hazelnuts from Byzance measuring from 19-28 meters high, the oldest of which was planted in 1840, and chestnuts from India which are at least 200 years old. 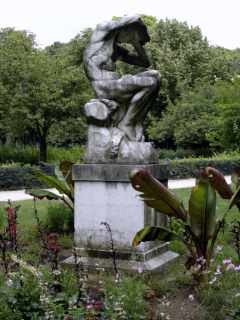 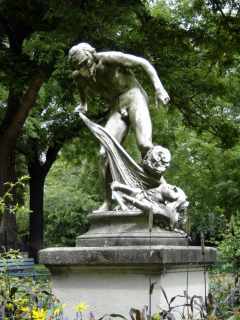 "Pêcheur Ramenant dans ses Filets le Tête d'Orphée" ("Fisherman Bringing in His Nets the Head of Orpheus") by Longpied; and a monument to "La Fountaine" by Corréia (1984). 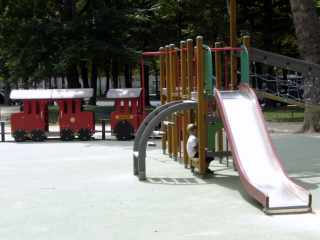 Parc du Ranelagh is a great park for children. There are several playgrounds here, sand-boxes, climbing structures, ping-pong tables, an old-fashioned carousel where the wooden horses are suspended from an overhead ring which is manually pushed, donkey rides are available and there is an area for pétanque, boules, games. 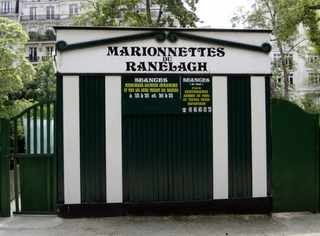 A Marionette Theatre offers performances between March-November on Wednesday, Saturday, Sunday, holidays and everyday during school vacations at 3:15 p.m. and 4:15 p.m.

A snack-stand is open here and there is a music gazebo for small concerts. 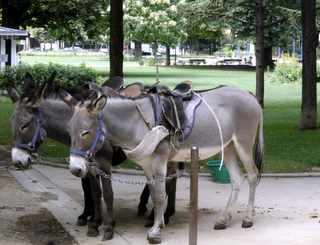