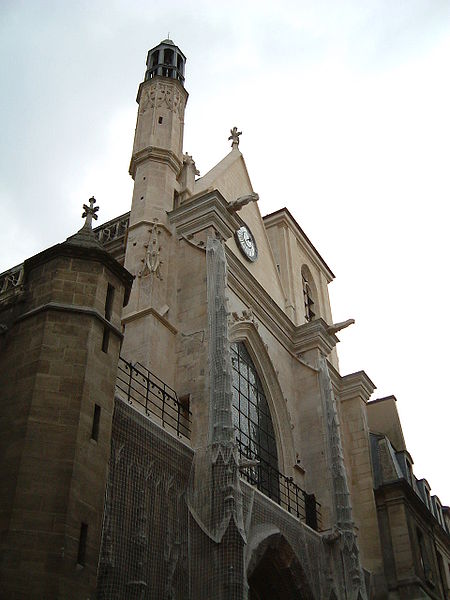 Cathedrale Sainte Croix des Armeniens has origins dating back to 1633. It was originally a chapel dedicated to the Immaculate Conception and was part of a Capuchin monastery established here in 1622.

Francis, born into a wealthy family, had a religious experience causing him to embrace poverty and to live a life of penance and charity.

In 1797, this church became known as the Church of Saint John and Saint Francis. The monastery connected to the paris was destroyed during the French Revolution. The church underwent renovations during 1828-1832.

In 1970, the church was given to the Catholic Armenian community to use as their cathedral.

The cathedral features an impressive collection of sculptures. One by the 16th century artist and sculptor German Pillon, "Saint Francis in Ecstasy" is considered one of the artists greatest works.

There are many fine paintings as well, four by Frere Luc of scenes from the life of St. Francis.

There church has two grand organs in the built by organ masters Cavaille-Coll, one of which is among his first to be built in Paris in 1844.

The church hosts numerous concerts of classical and choral music and has a seating capacity of 100 persons.

The Cathedrale Sainte Croix des Armeniens is open to public visits only during recitals or concerts.