Bois de Vincennes
On the East Side, the Lungs of the City 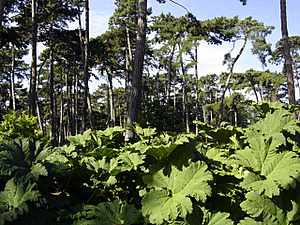 
The first documented mention of the Forest of Vilcena, later named Bois de Vincennes, is found in a land title from the abbey Saint Maur dating 847. The land became part of the royal domain in the 11th century.

This royal preserve had its beginning in the 13th century when Philippe Auguste surrounded the area with a 12 kilometer wall creating a royal hunting preserve for himself.

A manor was built which was the beginning of Chateau Vincennes. Louis IX (1226-1270) and Philippe VI (1328-1350) continued its construction and Charles V added the Chapel. Louis XIV had architect Louis le Vau build the King and Queen's Houses.

In 1475, under Louis XI, Olivier le Daim planted 3,000 oak trees and planting in the Bois de Vincennes was continued by Henri II in 1551.

Louis XV allowed the public to roam the grounds. In 1794, the castle was used as a prison. In 1808, Napoleon transformed the castle into an arsenal and created military training grounds by removing many of the trees. Between 1831-1848, the military had all but ruined the castle. 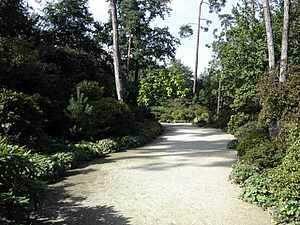 In 1860, under Napoleon III and Baron Haussmann, engineer Alphand re-forested the area and created an English-style park. The Bois de Vincennes, one of the great Paris attractions, especially during the summer, now covers 995 hectares (9.947 km², 3.841 sq. miles, or 2,458 acres) contains over 150,000 trees, has 4 lakes (one of which has 3 islands and another with 2 islands), the Vincennes Zoo, the Vincennes Racetrack and the Chateau de Vincennes.

The Vincennes Racecourse was created in 1863, mostly destroyed during the War of 1870, rebuilt in 1879. during 1870-71, the forest was logged by the military for war materials and by the citizenry for firewood.

In 1874, the Cartridge factory, a center for pyrotechnics, was built within the Bois de Vincennes.

During WWII, the Chateau Vincennes was occupied by German troops. 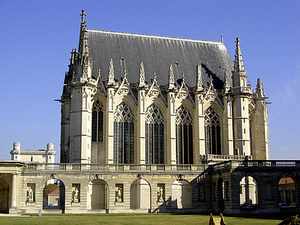 The Paris Zoological Park, Parc Zoologique, also called the Vincennes Zoo, opened in 1934. This zoo is one of the first to replace cages with trenches and use landscaping to allow the animals some roaming room.

The Vincennes Zoo covers an area of 14.5 hectares, 33 acres, and keeps about 1,200 animals and birds including 82 species of birds and 35 species of mammals, many of which are on the endangered species list.

One of the more impressive elements is the Grand Rocher, an artificial rock made of steel and concrete, measuring 210 feet tall. It is the home for wild mountain sheep and penguins.

The zoo welcomes one million visitors per year and is open daily from 9 a.m.-5 p.m. in the winter and until 6 p.m. in the summer. Admission is 8 euros, 5 euros for children. Metro access is Porte Dorée.

The Vincennes Racecourse, the Hippodrome de Vincennes, underwent complete restoration in 1976. It now has two race tracks, a giant 118 square meter screen, the only one in Europe, and an interior video network. The Vincennes Racecourse is a leader among harness trotting racecourses with over 750,000 spectators every year. Its main event is the Prix d'Amérique.

In 1980, the Management of Parks, Gardens and Green Spaces of the City of Paris began a program of major improvements to the Bois de Vincennes. 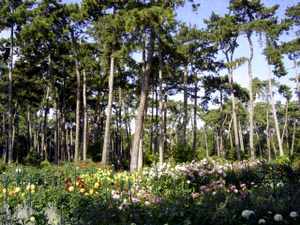 Within the Bois de Vincennes is the Parc Floral, the Floral Park, which covers 70 acres. It was officially recognized as a botanical garden in 1988. It is famous for its horticultural presentations, its shows and its theme gardens. Admission to the Floral Park is 3 euros. 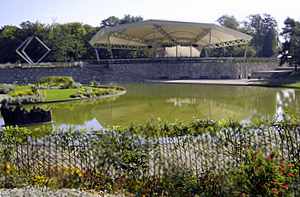 During the Summer, international music concerts are held in the Amphi-Theatre every Sunday. The Parc Floral also has an "exotarium" containing tropical fish and reptiles.

The Palais, the tropical aquarium and the crocodile pit are open to the public. It is located at 293 Avenue Daumesnil and the 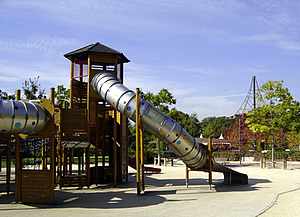 Other notable attractions in the Bois de Vincennes are: a carousel, a puppet theatre, children's playgrounds, 17.5 kilometers of bicycle trails, roller-skating tracks, 19 kilometers of horse trails, 32 kilometers of closed roadways for walkers and joggers, the Cartoucherie Theatre, a Buddhist temple from the Colonial Exposition of 1931 which has maintained buddhist services since 1977, four lakes, one of which is natural (Lac Saint-Mandé), Lac Daumesnil has two islands, and Lac des Minimes has three islands; row-boats can be hired at both.

During April-May of every year, the Foire du Trône is held in the Bois de Vincennes. It is the largest Country Fair in France.

Bicycles can be rented from the Château de Vincennes métro station for 4 euros per hour or 15 euros per day.

Bois de Vincennes and the Bois de Boulogne on the west side of town are the two largest "green areas" of Paris, easily on the list of wonderful Paris attractions and "things to do" while visiting the city. 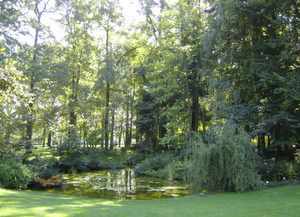